FOOT DOCTORS ARE OFTEN THE FIRST TO IDENTIFY PAD According to Conway McLean, DPM, "Peripheral arterial disease (PAD) is a common condition affecting almost 20 million Americans. Not that long ago, it was thought of as a rarity, not the common problem it is. Some estimates claim as much as 10 to 20% of the U.S. population are afflicted with this vascular malady, which consists simply of the clogging of arteries. As many as 10 million Americans may suffer from occlusive (aka clogging) disease, becoming much more common as we age."

"Numerous, precise methods exist for measuring arterial flow but are they ordered often enough? The data says 'No,' the tell-tale indicators going unnoticed, the signs unheeded. Remember, only about 30% of PAD patients experience intermittent claudication, the pain that develops with exertion. Even then, many simply modify their activity levels to adapt. Interestingly, many of the physical changes associated with both PAD and chronic limb-threatening ischemia (CLTI) are seen first in the feet. An astute podiatrist is often the first healthcare provider to identify the signs and symptoms of peripheral arterial disease and order the proper studies," says Dr. McLean. 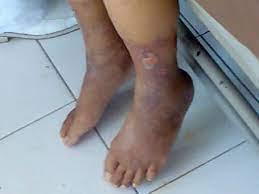