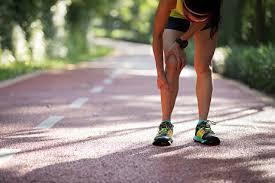 "One of the most common injuries is shin splints, especially among beginner athletes. The term shin splint is commonly used to describe pain in the lower leg. The most common sports associated with shin splints are those sports such as jumping, or those that have a change to a hard playing surface such as football, soccer, or aerobic dance. The condition, however, can occur in any sport and is most commonly found in the unconditioned, untrained athlete," says Robert Weiss, DPM.

One of the major problems causing the overuse injury is pronation of the foot. It is most commonly seen in people who have flat feet or low arches. The stretching of the foot inward places increased pull on the muscles that run along the inner border of the ankle and under the arch. These muscles originate along the inner side of the lower leg. Treatment of shin splints involves muscle strengthening of the shin muscle and changing the cause and effect of the pronation-flatting of the foot on the leg," says Dr. Weiss.

Brought to you by Doctor John A. Hardy, owner of Toronto's foot clinic, Academy Foot and Orthotic Clinics 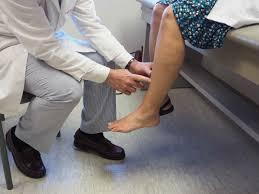